Is higher military spending justified? Republicans seem to think so

Those looking to invest in defense stocks will be happy with the news that President Trump is expected to request $716 billion for defense spending when he unveils his 2019 budget in February, representing a noted increase from the previous 2 fiscal years.

The proposed budget would be 13 per cent higher than for 2017 ($634 billion), and would cover the Pentagon’s annual budget as well as spending on ongoing wars and the upkeep of the U.S. nuclear arsenal, in order to combat potential threats from North Korea, China and Russia.

Speaking to the Washington Post, defense analyst with CSIS Mark Cancian said: “It’s a big jump in defense and means that the administration is putting resources against an extremely aggressive defense strategy.”

Given Trump’s commitment to the military and the hawkish outlook of his Defense Secretary (former Marine Corps General James ‘Mad Dog’ Mattis), the increase will come as no big surprise to many in Washington, but may experience some trouble in passing through Congress given the rising U.S. deficit.

Last year, the House of Representatives and the Senate Armed Services committees agreed on the National Defense Authorization Act, (NDAA), which increased troop levels and purchases of fighter jets and ships for the federal fiscal year that began on Oct. 1 2017.

The act increased active troop levels by more than 16,000 and included plans to buy 90 stealthy F-35 fighter jets made by Lockheed Martin.

Shares in Lockheed got a nice boost today, after the firm posted revenues which beat expectations, helped by the F-35 range. Shares in the defense contractor rose 2.4 per cent to $353.15 in premarket trading, after the data showed net sales rose to $15.14 billion from $13.75 billion a year earlier, nearly half a billion dollars higher than Wall Street had estimated.

The U.S. Defense Department expects to spend over $390 billion over 15 years to help develop and ultimately buy 2,456 of the supersonic warplanes, which is sure to help keep Lockheed shares buoyant.

Related: The aerospace stock everyone is talking about 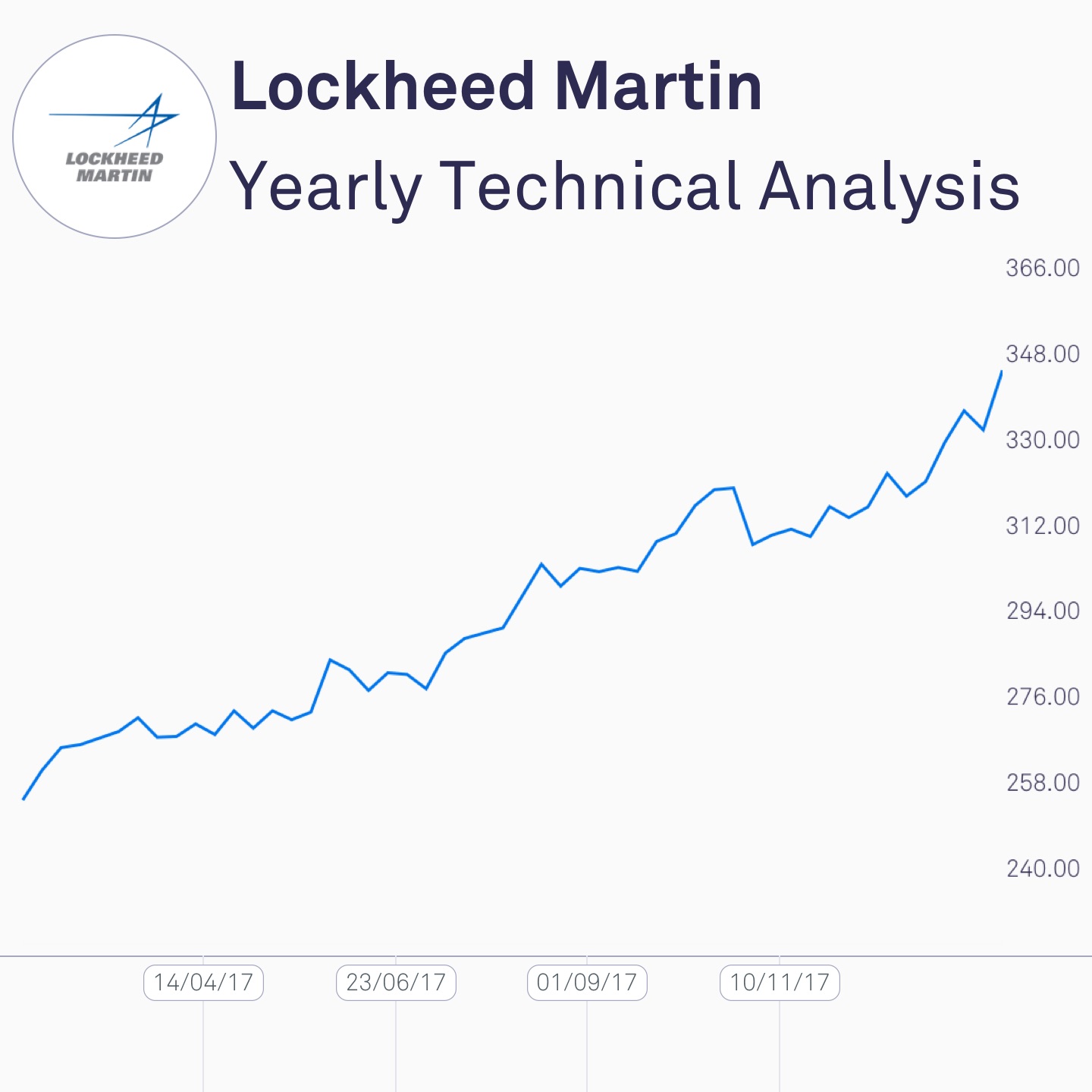