The Institutionalization of Bitcoin

The cryptocurrency market just changed forever, after CME Group announced they would be listing a Bitcoin futures product on their exchange from December 2017.

Hindsight is a wonderful thing. Just 5 years ago, a single Bitcoin traded below $15 against the US Dollar. At the end of November 2017, the price peaked above $11,000. Many investors who parted with a little of their spare change back in 2012 to invest in the cryptocurrency are now millionaires, while initial coin offerings are being created at an astronomical rate, but its beginnings were far more humble, and its future was anything but certain.

In 2012, the cryptocurrency existed in relative obscurity, usually known only by those engaging in shady activities such as the purchasing of items on the dark web, where users could find anything from illicit drugs, weapons, medical equipment, passports and ATM hacking guides to hitmen for hire.

The most well known of these sites was the Silk Road, one of the largest online black markets, which users could only access through Tor, an anonymous network originally developed by the United States Navy to protect US intelligence communications online.

For those who ‘travelled’ on the Silk Road, Tor was the first layer of protection from the authorities, but there was yet another for safekeeping – Bitcoin. The mysterious cryptocurrency allowed buyers and sellers alike to conduct transactions directly without using a third-party platform like PayPal, or moving funds from one bank account to another. Through the use of blockchain technology, people could have relative anonymity whilst making dubious purchases. The combined use of these technologies prevented them from leaving a digital footprint which could have been used to prosecute them.

When Silk Road went mainstream after being featured in a Gawker article in June 2011, it quickly caught the interest not only of the public at large, but authorities the world over.  It took over 2 years since the piece was published before the Federal Bureau of Investigation stepped in and moved to close the marketplace. In 2013, the sites owner Ross William Ulbricht was arrested by the FBI. Data taken from 2012 showed that business had been booming – with an estimated $15 million worth of transactions being made on an annual basis on Silk Road, all entirely in Bitcoin.

New iterations of the site existed since it was first shut down, but they never had the same traction the original did, but for Bitcoin, the journey was just beginning.

Before legal action for the Silk Road came, other sites watched closely by regulators such as WikiLeaks began accepting Bitcoins as a form of donation. By 2012, WordPress was on board and accepting the cryptocurrency, and it started to look as if Bitcoin was moving into the mainstream.

In the years between its original emergence in 2009 and now, there have been far too many important events which have taken place in its evolution to be able to discuss in detail here. Sufficed to say however that there has been periods in which the future of Bitcoin as well as other cryptocurrencies like Ethereum and Litecoin have seemed in jeapordy, as regulators who were usually trying to control conventional banks struggled to get a grip of a currency which operates beyond official financial systems and monetary authorities.

Indeed, there have been numerous crackdowns on Bitcoin trading, not least in China this year. In mid-September, Beijing moved to stamp out cryptocurrency exchange trading as well as ICO’s (initial coin offerings), sending the price dipping and diving. By November 2017, the last digital currency exchange in China was officially shut, but this did not stop the move upwards in Bitcoin’s value for long.

Regardless of state intervention across the globe, there may yet be hope for crypto fans everywhere. On November the 13th 2017, Terry Duffy, head of the worlds largest options and futures exchange (CME Group), told CNBC that the firm would be listing a Bitcoin futures product as early as next month.

CME Group is the world’s leading and most diverse derivatives exchange marketplace, offering the widest range of global benchmark products across all of the major asset classes, including futures and options based on interest rates, equity indices, foreign exchange, energy and metals.

The move to accomodate digital currencies is symbolic, as it ultimately represents just how far the cryptocurrency has come since its days of relative obscurity.

Noted names in the banking world such as JP Morgan’s Jamie Dimon have trash-talked Bitcoin in the past, calling it a ‘fraud’ and denouncing those who trade it, but others, including Wall Street titan Goldman Sachs have seemed more open to the idea of cryptocurrencies in general. In a recent discussion with CNBC, Goldman CEO Lloyd Blankfein said he would not prevent the firm from establishing an institutional Bitcoin trading desk, according to reports.

Now that an established financial institution like the CME Group has given the official green light to trading a BTC derivative, listing it on the exchange, this adds a new level of legitimisation to Bitcoin, and could prompt more financial institutions to adopt official BTC trading in future. What could have once been considered the Wild West of the investment world, the cryptocurrency trading space may now be tamed.

This could have the affect of driving up prices further, or indeed the opposite. By pushing digital currencies more into the remit of major financial institutions, are they at risk of becoming more and more regulated? If so, this may undermine the entire premise of cryptocurrencies, which are supposed to provide anonymity for their holders, spenders and buyers.

Regardless of whatever happens next, up until this point the price has been going to ‘moon’ (as crypto investors like to say). 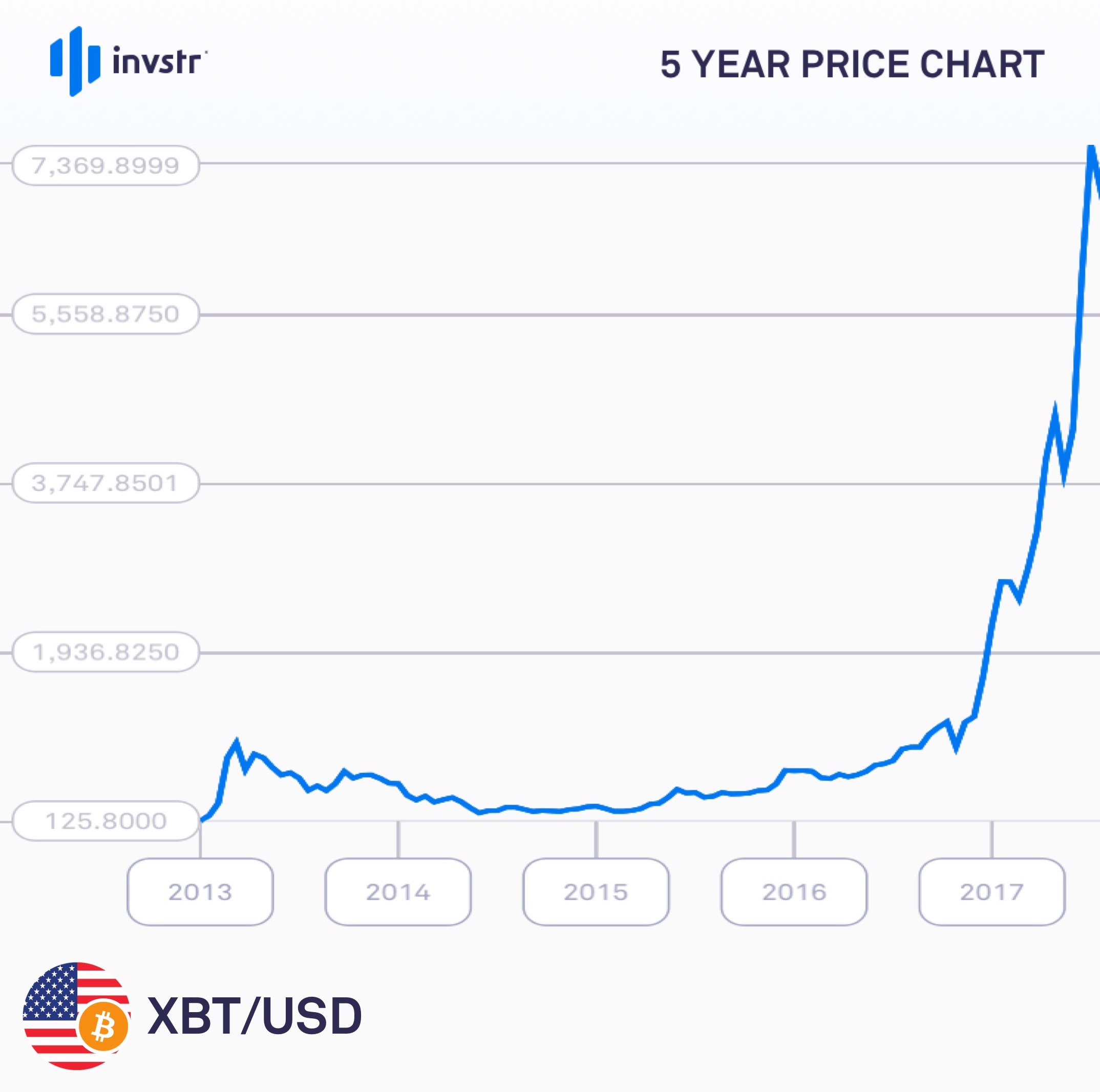 Bitcoin has survived throughout numerous challenges, but can it withstand the scrutiny of the mainstream?