Thanksgiving in the Markets! 🦃 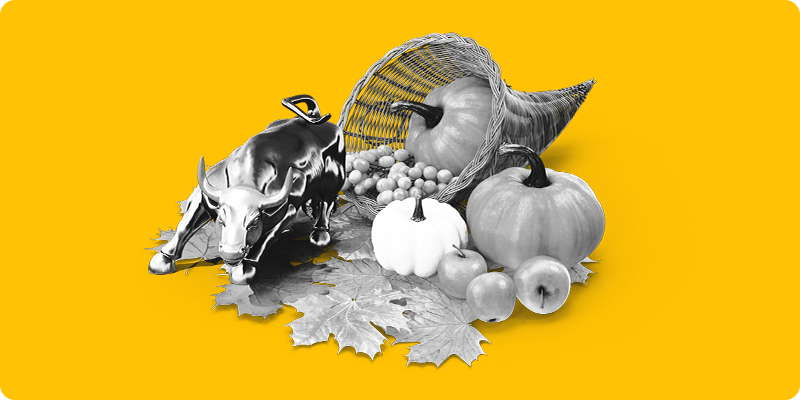 Thanksgiving in the Markets

Investors outside the United States may be wondering why US markets are closed on Thursday, 28th November, and who are giving thanks for what. Let’s explain!

Centuries ago, a group of cast-out English separatists boarded The Mayflower to sail as West as America. They’d promised to build a colony over the pond for King James I, but soon after landing at Plymouth Rock, they were attacked by native Americans who had a history with Europeans. Fortunately, relations improved. Both sides signed a peace treaty, and a celebratory 3-day meal was shared called ‘Thanksgiving.’

Never mind the Native American genocide that followed, President Abe Lincoln declared the day a national holiday just two-hundred years later. That explains why US markets are on lockdown until lunchtime on the 29th. However, don’t be fooled; the business of Thanksgiving isn’t allowing investors to kick back and relax with everyone else!

$991 million is up for grabs as companies try to capitalize on the total forecasted spend of Americans this year, with stocks set to pop and drop on earnings results in a few months. Investors will, inevitably, hear some surprises!

To investors’ dismay, some retailers are electing to shut up shop on Thanksgiving Day. It may be one of the most lucrative holidays of the year, but quality time spent with family is priceless. Certain stores prefer to close and allow employees the day off.

A first move in playing the markets might be to exclude these companies that are obviously missing out. However, most also have online channels and gleeful employees toiling away in preparation of Black Friday. That’s something to consider!

No matter how strong consumer confidence readings and the general economy, venturing into the cold to do brick-and-mortar shopping divides North America. You either love it or you hate it! Luckily, e-commerce makes it a win-win for investors.

Since 1914, Macy’s has put on a Thanksgiving Day Parade to soften up shoppers and get them in a spending mood. However, it’s Walmart and Amazon that investors will have their eyes on come Thursday, locked in a retail battle. Walmart hopes that food sales will give it the edge, while Amazon is praying for rain, hail, asteroids, or anything else that’ll keep Americans indoors.

Turkey Day (another name for Thanksgiving) also marks the start of a crunch holiday season for struggling retailers. Investors will critique the performance of Bed Bath & Beyond, JC Penney, Nordstrom, and The Gap during earnings releases in January. Hopefully, investors will win their payoffs for some good festive predictions!

You can’t celebrate Turkey Day without the obvious, so grocers like Walmart, Costco, and Kroger have much to gain. Sweet potatoes, pies, yams, stuffing bread, veggies, and gravy will fly off the shelves, so food manufacturer and distributor McCormick will be busy. The same goes for General Mills and Tyson Foods.

The busiest time to fly all-year-around is the week before Thanksgiving. As a result, it’s unsurprisingly the best week to own an airline!

With the Boeing 737 MAX still grounded following two crashes, MAX-light airlines like Delta could pick up passengers from the likes of Southwest. However, the greater the travel chaos, the greater the chance of a traveler being dragged off a jumbo kicking and screaming (looking and you, United).

“We beat the competition, not you,” is what Southwest says. As a popular domestic airline with massive exposure to Thanksgiving, it may be worth your watch list!

Here’s to a Thanksgiving of prayer and profit-sharing as millions of Americans carve the turkey and spend big. Prepare for volatile markets given how clutch this midwinter season could be for embattled retailers, but don’t underestimate the gain-potential. We’re ready, are you? 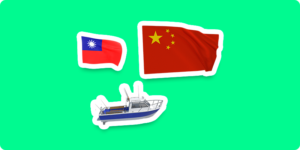 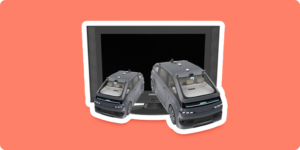 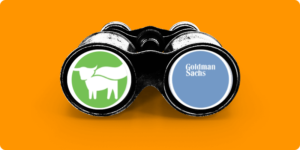 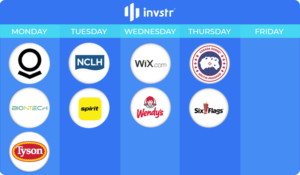 Load More
PrevPreviousMech Manufacturers Move Up! 🤖
NextFarmers Get Behind Blockchain 🚜Next