Turbulence for Tesla continues with job cuts while competition grows

It’s no secret that Tesla has had some big challenges this year. From major repeated issues with production of its Model 3 car, to worries about its debt obligations, to the latest news that it’s laying off 9% of its workforce, things haven’t been going Elon Musk’s way.

Yet none of these are its biggest problem, which is the competition. While several years ago Tesla was one of only a small number of firms exploring electric and autonomous vehicles, the larger legacy companies in the auto industry (BMW, Ford, Porsche, Fiat, Honda and others) are gaining traction in this market and have far more cash to play with and stronger reputations for reliability than Tesla.

This means they may be more attractive investments for investors with a little less tolerance for the extreme share price volatility that Tesla has shown over the last year and who are fed up of broken promises.

Traditional auto firms including General Motors are no longer on the fringes of the space and are moving into direct competition for Tesla’s share of the market. GM recently announced it would increase production of the Chevy Bolt (an electric Chevrolet), which is seen as a direct competitor to the Tesla Model 3, and given the production issues Tesla has had with the Model 3 (originally designed as a cheaper alternative for the mass market), combined with the fact GM has more cash and more experience in the auto industry than Tesla, some investors may be asking, ‘is sticking with Tesla worth it in comparison?

While GM, Ford, Volkswagen and other traditional auto stocks may not be as ‘sexy’ as Tesla with its Silicon Valley chic, legacy automaker share prices have fared better over the last year after they announced new forays into electric cars, while Tesla is down nearly 8% (see the comparison chart from the Invstr app below). Plus, SoftBank is pouring in more than $2 billion into GM Cruise for its autonomous driving efforts. Tesla might not be king of the hill for long as the old-guard of the auto industry try to move into pole position in the electric car world. 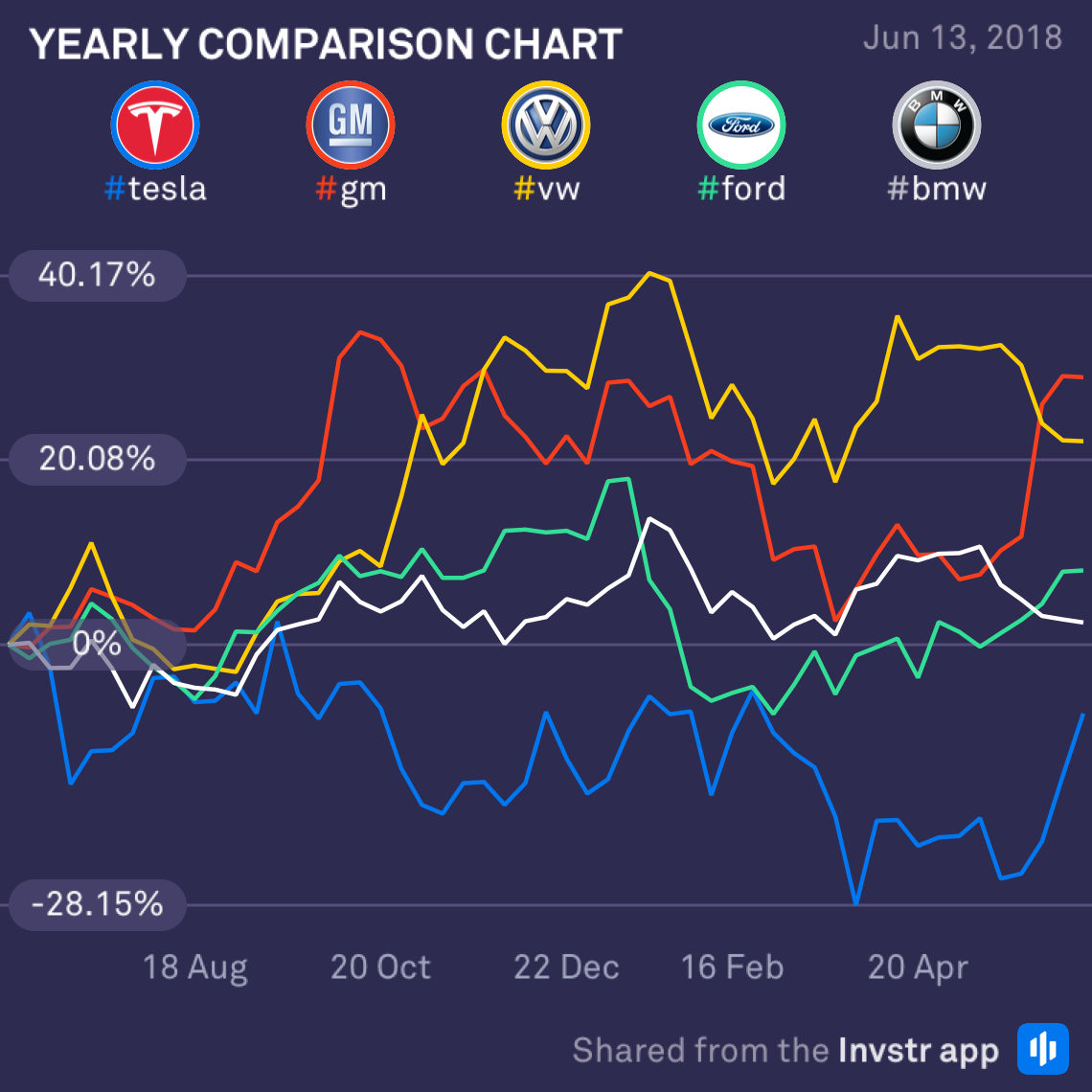