Shell Rises while British Banks Pass Key Stress Tests
Stock Markets
In UK equities this Tuesday the 28th, shares in Shell rose +2.50% after the firm announced it would be boosting its dividends for investors back to healthy levels. Shell has struggled in recent years, after oil prices fell by more than half from over $100 a barrel back in 2015. However, now the firm has completed a restructuring program which saw costs cut and thousands of jobs axed, as well as having lower debt, it is primed for success.

Shell looks like a competitive energy stock again, as long as oil prices remain buoyant. Investors will be keeping a close eye on the OPEC meeting this week to assess whether prices may be going higher or lower.

Elsewhere the UK’s leading high street banks have all passed major stress tests set by the Bank of England. The assessments are designed to see how well Britain’s top lenders would cope in a financial crisis, by looking at their current assets, leverage ratios and other parameters. This time last year, some banks including RBS and Barclays failed the tests, but have become more resilient since.

Despite this good news, bank shares including Barclays, Lloyds Banking Group and RBS traded lower on the FTSE100.

Asian markets were mixed today at the close of trading, though Japanese stocks went a little higher thanks to a pullback in the Yen. The TOPIX peaked at 1,780.85. Chinese stocks stumbled for a second straight session, with confidence dented as Beijing intensified a crackdown on risky financing, threatening to squeeze corporate profits.

Later today
US stock futures are higher today. Stateside, the President is meeting with Senate Republicans at a luncheon in Washington to discuss their effort to pass tax reform legislation. Senate lawmakers may face opposition from Senators Ron Johnson and Bob Corker, who could be set to oppose the tax package. This would present a major hurdle to getting any bill passed.

Jerome Powell, the next head of the Federal Reserve after Janet Yellen, will appear before the Senate Banking Committee today. The new Fed chair said he will stay on a course laid out by his predecessor and continue to raise interest rates while shrinking the Fed’s balance sheet.

Currencies
The US Dollar trades higher against most major currencies today including the Pound and Euro. Meanwhile, Bitcoin continues to hover around the $9800 mark after some increased volatility yesterday (see below). 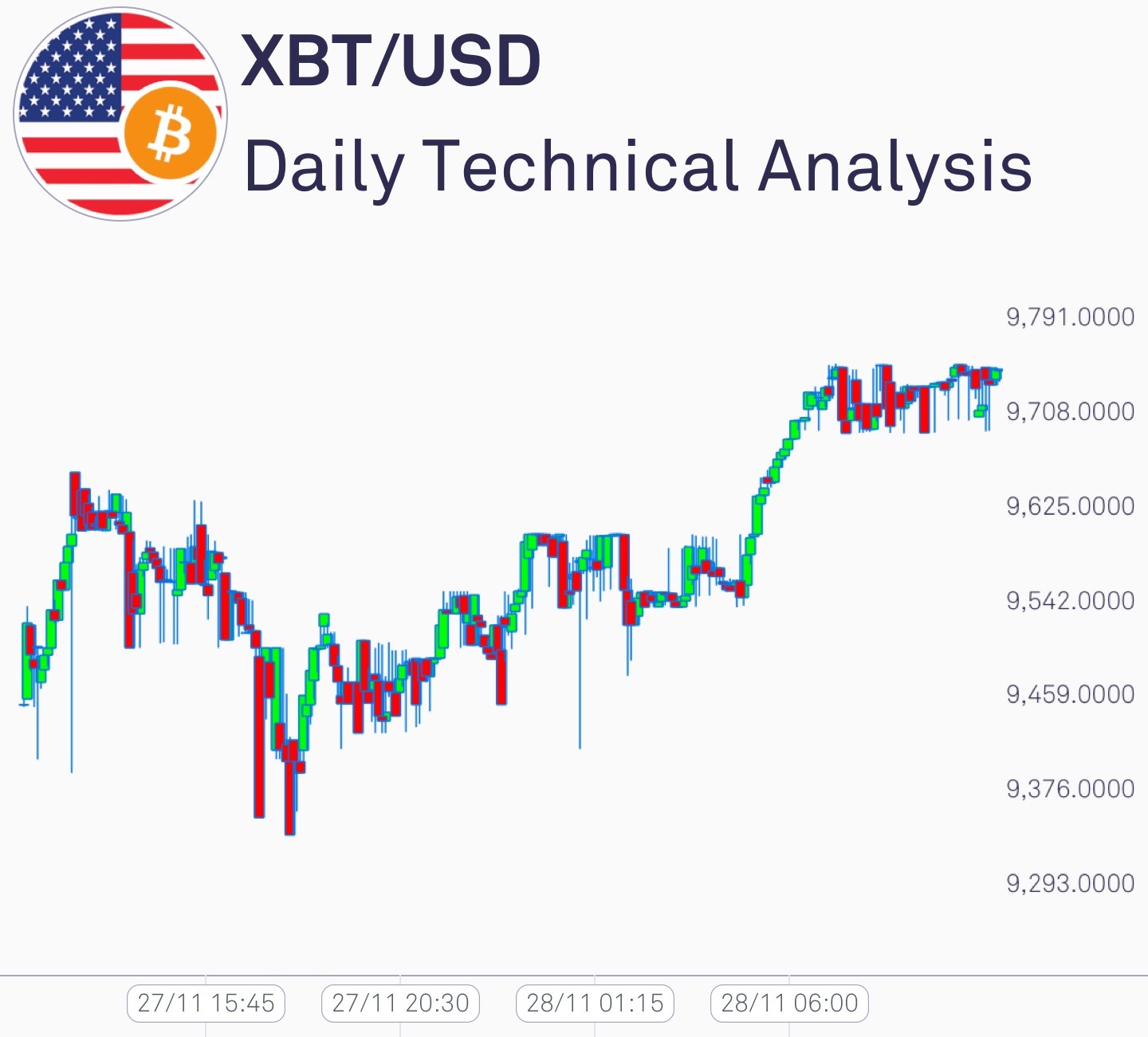 The head of European and UK equity strategy at Morgan Stanley has painted an optimistic picture of European stock markets for next year.

Speaking to MarketWatch, Graham Secker said, “The reason why we think Europe is more interesting now is because it’s underperformed global markets quite materially over the last six months. We now think it looks tactically oversold”, he added that France, Austria, the Netherlands and Germany in particular are of interest, saying, “It has nothing to do with the domestic political backdrop, but it’s just when I look at the market, those core countries have done extremely well. Their earnings haven’t necessarily supported the share price moves, particularly in France.”

When stocks are oversold and undervalued, this can present a prime buying opportunity – because the true value of the stock is not represented by its share price. Investors should always be keeping an eye out for stocks that are trading beneath their true value!

Key indices across the aforementioned countries have performed robustly this year. With a 6% expected rise for the MSCI Europe in the new year, on top of a flurry of upbeat economic data out of the Eurozone, Europe is the bank’s ‘favorite’ region in the short term, Secker said.