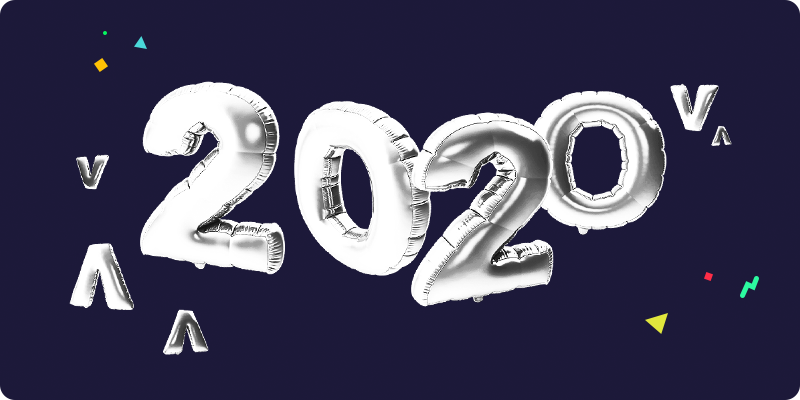 It’s time for investors to close the book on 2019, and indeed, another decade in markets. It’s been a prosperous period, but now as cities around the world all vie for the best New Year’s fireworks display, 2020 enters the picture with its very own shocks and astonishments.

The Invstr community isn’t resting on its laurels. Stocks behave very differently in early January as compared to the rest of the year, so Wall Street junkies are chatting over a range of unique topics right now that only come about at the year-turn. Here’s your survival guide!

First of all, timetables! For American markets, the closing bell of the decade rings out at 4 p.m. EST on New Year’s Eve. After that full day of trading, nearly all major indices around the world, including the New York Stock Exchange and the Nasdaq, will remain closed for New Year’s Day.

Then, hungover and with bellies stuffed full of food, investors will resume business as usual at 8 a.m. sharp-ish on Thursday, 2nd January!

Now, here’s where things get interesting! The month of January has seen the S&P 500 close higher 62% of years between 1928 and 2018. That’s an anomalous seasonal sensation, and explanations for it vary.

Some posit that as tax-conscious investors sell their winners during December, that frees up money to be reinvested for the following year. Others suppose it has to do with Christmas bonuses and their investment into retirement accounts. Either way, the January Effect is real, and history proves it!

Past performance, however, is not an indicator of future performance. This is especially true given that markets now try to adjust for the January Effect, and tax-wrappers like Roth’s and ISA’s have gone mainstream. If we do see the bump, investors can capture gains with less liquid small-cap companies. With market capitalizations less than $1 billion, these stocks reside on exchanges such as the Russell 2000 in the US and the FTSE All-Share in Britain.

Of course, businesses of all sizes don’t want to miss out on the merry goings-on of New Year’s Eve and New Year’s Day. It’s not traditionally a gift-giving holiday, but big brands will still make plenty of noise to attract free-spending consumers.

That will spur visits to high-end restaurants, some in the US owned by investor-favorite Darden Restaurants, which analysts tip to see a flux of activity this year. Diners have been reserving tables months in advance! The Restaurant Group in Britain has also seen its shares rally in the build-up to New Year’s, while state-side Bloomin Brands intends to close 2012 on a high as well. Chains in big need of a hungry house this year include Potbelly and The Cheesecake Factory, after shares nose-dived recently on weak earnings reports.

Clearly, gyms will boom in a chock-a-block January. By ‘The Day of the Wagon,’ however, when fast-food consumption on the X-axis meets declining gym attendance on the Y-axis, 80% of new members will have quit. That’s a shocking statistic, especially given the average $58 per month price of gym memberships in the US.

All-in-all then, a lot of money will change hands this New Year’s. Make sure to stay in-tune with market activity over the holiday break for the best chance at getting your portfolio off to a flier in January. Mythic market anomalies, fitness enthusiasm, and urban tourist bumps all hopefully mark the start of the long-term. Let’s regroup on the other side!