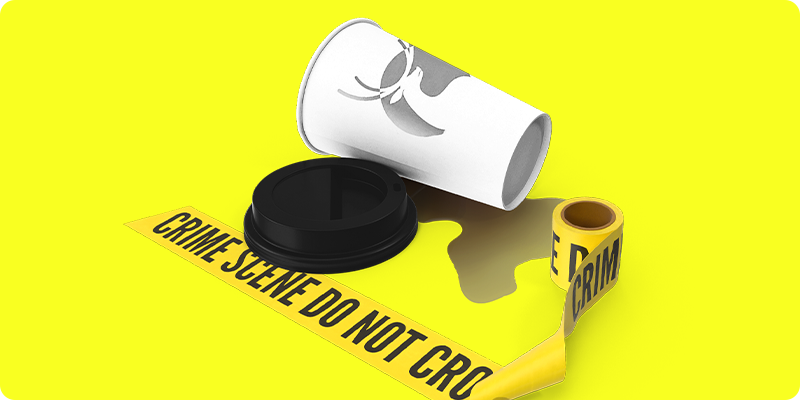 Luckin Coffee is a fraud! This is a terrible shame for free markets, China’s reputation, and countless investors whose shares in the “Chinese Starbucks” lost eighty-five per cent yesterday.

Chief operating officer, Jian Liu, recorded bogus sales that were never made. That’s all we know so far. Refinitiv IBES data shows that 40% of last year’s sales were fictional, and this was a confession, not a state bust. Luckin admits it was cooking the books when in fact it should have been brewing the coffee!

Before the story broke, Invstrs were split on the coffeehouse. There were more short-sellers in the name (15%) than outside of our fantasy league. Only Muddy Waters, a short-selling corporate forensics specialist, led the bearish charge. All the naysayers have been paid now, but how come so many other market players didn’t listen? Simple…

Luckin’s growth figures were staggering. The company was opening five new chains every day, it was one of China’s most successful initial public offerings (IPOs) in 2019, and it was a portfolio feature for several Superinvestors.

There was only one red flag; this one.

Western investors have long shirked Chinese stocks due to the high risk of fraud. The scandals just keep on coming. Of course, President Xi is trying his best to clamp down on corruption, and he is, but this type of crime operates in the shadows.

To problem lies in the soil. China is fundamentally rural, always has been, and that affects the way trust is built. You didn’t need an ironclad ‘rule of law’ in villages of few families, no strangers, and little drama. But in this urban age, you certainly do need a rule of law. You can’t readily change culture and tradition, nor should you, but the soil is tainted.

If you still own shares in Luckin Coffee, thank the investing gods you’re playing fantasy finance. This is risk-free with no real-world consequences. We have always believed investors should learn how to manage risk, conduct due diligence, and diversify before jumping in with both feet. This is why!

Don’t sweat this one. You’d have to be a forensic accountant to see these mischiefs under the surface, and anyway, Starbucks will benefit hugely from this debacle, and the price of coffee beans is doing all right still as well. Better Luckin the future!