Gridlock in the Italian Parliament has caused Italy’s stocks to fall again, creating a ripple effect in other European markets, with all sectors trading in negative territory this Tuesday.

Tensions came to a head after Italy’s President Sergio Mattarella refused to accept the nomination of a Eurosceptic for the role of finance minister, prompting further tensions between himself and the 2 major populist parties – 5 Star Movement and the League. In response, both groups have called for new elections. The Eurozone’s third-largest economy has been without a government since an inconclusive vote in March, and the situation is hurting investor sentiment.

Spanish stocks also slipped as concerns grew over a parliamentary vote set for Friday which will ask whether Spain’s Prime Minister Mariano Rajoy should be ousted, which would lead his center-right government to be replaced by a center-left socialist party at the helm.

The wider context of these events is important, in particular because Italy’s move to populism has sparked fresh fears over the future of the Eurozone (and whether it might collapse). Despite EU bureaucrats calling for ever closer union in the 28 member bloc, Eurosceptic or right-wing parties in nations including Austria, Italy, Spain, Hungary and Poland have grown rapidly in popularity, threatening the unity of the union.

The political woes also caused the Euro to slip below the $1.16 level against the Dollar for the first time since 2017. The Cboe Italy 40 index has fallen by over 9% for the month as the country’s political crisis continues. This is a tough environment for European shareholders. 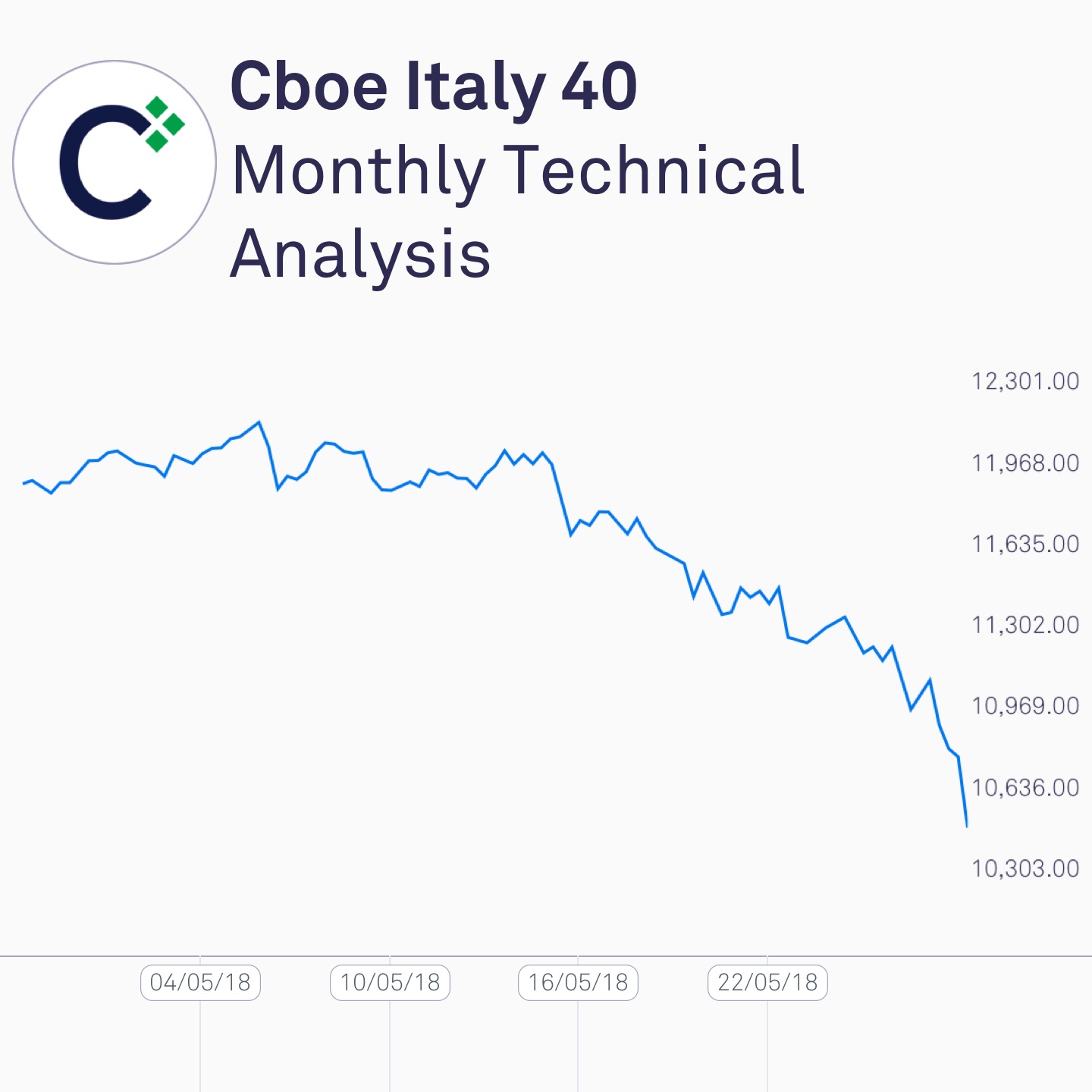 Investors are withdrawing from Italian stocks, as the slide in the Cboe Italy 40 shows

Related: Italian equities are stumbling amid political upheaval by populists