Indian stocks have fallen out of favor with overseas investors this month, with markets cooling slightly after a stellar 2017 performance. New data shows foreign institutional investors have pulled out $1.5 billion from Indian shares in February, following the market correction in the U.S. which hurt Indian indices, on top of fears concerning the major financial services firm Punjab National Bank, which is at the centre of a $1.8 billion fraud case.

Gautam Chhaochharia, head of research at UBS Securities India said: “Our global strategists like Korea, Indonesia and Brazil the most.” He added: “A year ago, India was the market with least hassles in its path, but now, other emerging markets look better off in comparison.” Indeed, Brazilian and even Russian indices rode out the last month far better than their Indian counterparts. This Monday the NIFTY50 made a small recovery heading back to the 10,600 mark.

However these figures don’t tell the full story. Regardless of the recent blip in the equity market, India’s economy is still powering ahead as one of the fastest growing in the world, with plenty of praise being handed to the nations leader Narendra Modi for his implemented economic reforms which are making India more business friendly.

Indeed, India has plenty of reasons for positivity on the economic front. The country has vast supplies of natural resources which are relatively unexplored, and also has a huge need for new infrastructure projects, not only physical, but also in terms of digitisation due to its massive rural population. This presents major opportunities to foreign investors seeking to take advantage of a rapidly developing emerging economy. As digitisation expands it will bring benefits not least to these more isolated communities but also to foreign companies, because more access to the internet will draw in more and more e-commerce customers, a trend which Walmart has already taken an interest in. In 2013, India had 30 to 40 million internet users, while today the number is estimated to be over 400 million. Once again, these shifts will undoubtedly be a major pull for overseas investors.

On top of this, India has a flourishing middle class. By 2020, India is projected to be the world’s third largest middle class consumer market behind China and North America. By 2030, India is likely to surpass both countries with consumer spending of nearly $13 trillion. The Indian population’s interest in investing in stocks has also grown exponentially – domestic mutual funds got a whopping $20 billion in 2017, around double from the year before, mostly due to average (non-institutional) investors, who were looking to take advantage of the awesome stock market rally (see chart below) during the year, instead of sticking with more traditional choices like gold or real estate to put their cash into.

All signs point to a thriving economy in the long term. Indeed, we will receive Indian GDP data for Q4 2017 this week, where estimates anticipate growth of 6.90 per cent for the quarter – its fastest growth since December 2016!

Overall, whether foreign institutional investors are confident on Indian equity markets or not right now, the future looks bright. All of the fundamentals are in place which make India one of the hottest places on earth to invest. 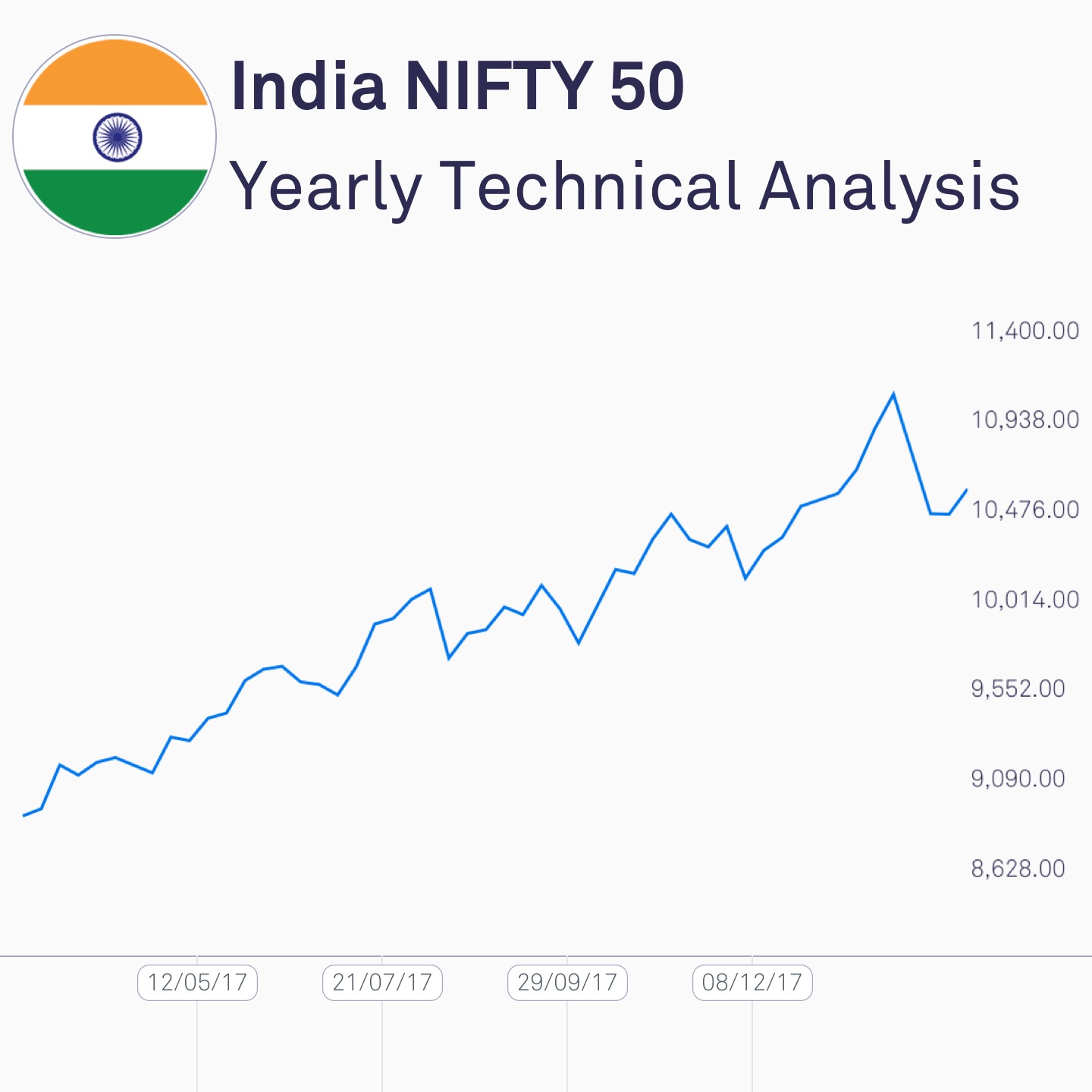 Despite a small dip in February 2018, India’s key NIFTY50 index has seen a stellar run over the last year!