Auto giant General Motors has proposed that the South Korean government helps to provide funds for $2.8 billion of fresh investment into its ailing Korean business (GM Korea) in order to save it from total closure. The firms Asian arm is one of its largest offshore operations and employs 16,000 workers across 4 plants, but may have to withdraw entirely from the country due to financial losses. It has already made plans to shutter its plant in Gunsan, south of Seoul on the nations West Coast, a decision which was met with disappointment by the President Moon Jae-in, a close ally of Donald Trump, who said the move would be a blow to the regions economy. 14,000 workers in the country say they will go on full strike if GM abandons South Korea entirely.

But economic woes in East Asia cannot undo what appears to be a far more positive trajectory for the company. While it’s no secret that GM stock has under-performed the market for years, recently a turnaround looks to be underway. The GM CEO Mary Barra said “2017 was a transformative year”, thanks to increasing profitability, an improving dividend for investors as well as pioneering advancements in autonomous vehicle technology. On top of this GM said it will push out “at least 20” new all-electric models by 2023. At a mere $40.77 a share (cheap compared to its peers), some analysts think the stock could have major upside potential.

A forecast from leading auto-market intelligence firm LMC Automotive indicates the global auto sector is set for a successful 2018, due in particular to growth in demand for cars in emerging economies across Europe, Latin America and Asia. General Motors stands to benefit, especially given the robust demand they are already seeing, both in China, (where GM and its joint ventures sold 4 million vehicles for the first time in 2017), but also South America, where the Chevy truck posted a 13.8 per cent sales increase. Chinese consumers are jumping at the chance to get hold of a classic Cadillac too – the brand posted a sales increase of 51 per cent in 2017 alone.

The hope will be that Trump does not press for more and more tariffs on Chinese imports, which may force Xi Jinping’s government to take retaliative action that could lead to a trade war, undermining the booming trade between the 2 nations for GM.

While Tesla continually makes headlines thanks to its flashy auto-technology and enigmatic figurehead Elon Musk, auto stocks like GM in particular have received far less media attention, but given the fact that the company has managed to beat consensus expectations for 11 straight quarters in a row with the help of its leader Mary Barra (the first female CEO of a global automaker), the stock may be set to regain plenty of favour. 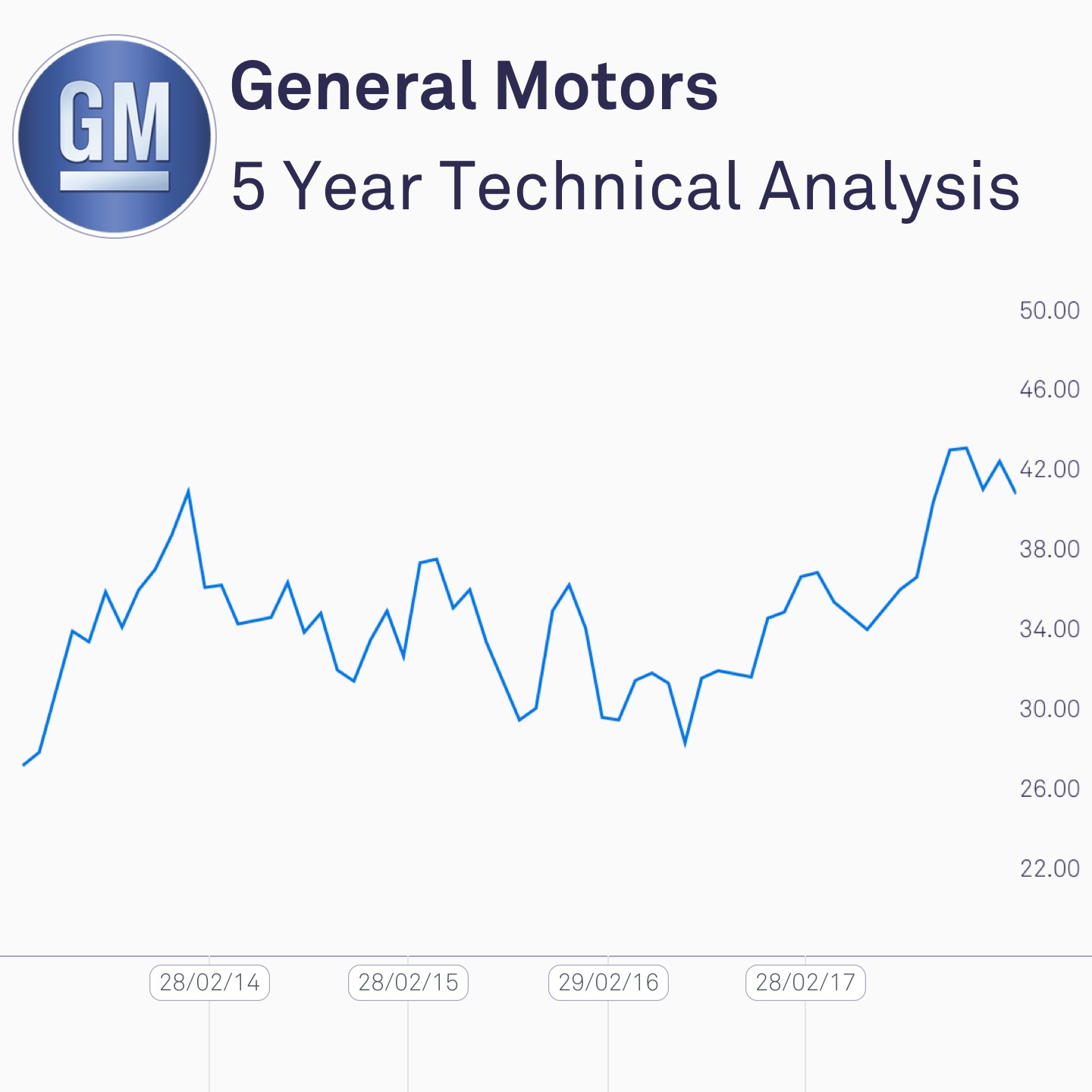 General Motors stock has disappointed investors in the last 5 years, but look on the right – momentum is gaining