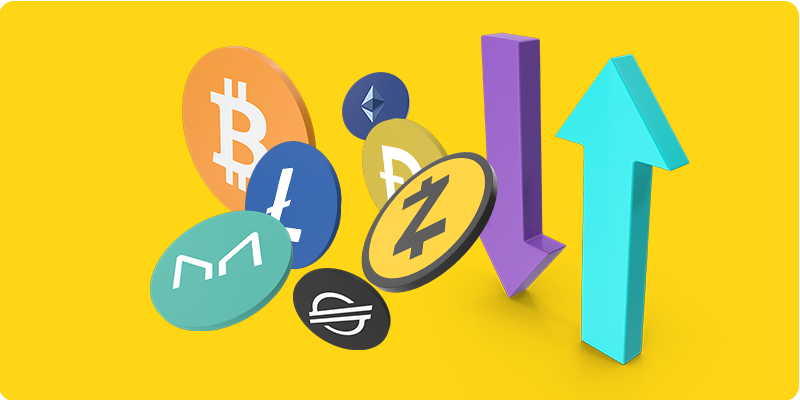 Cryptocurrencies are digital tokens that can be exchanged between people electronically. But how and why did they get created? Let’s take a quick step into the past…

After the financial crisis of 2008, many people lost faith in the financial system. They were afraid that central banks were “printing” too much money and that this would devalue the national currency.

To counter this, they started to devise an alternative to money that wouldn’t be controlled by central banks.

Bitcoin was the first of these alternatives to become highly popular. Bitcoin has two important properties:

Other people in the Bitcoin system help these two parties to complete their agreement. They verify that the seller really has the Bitcoin he or she claims to have. They also agree that the buyer has the means to pay for the Bitcoin they wish to purchase or has fulfilled the terms of the smart contract.

Once this is verified, the exchange between the buyer and seller is recorded on a public database. This public database is called a blockchain. This record cannot be changed. It forms an immutable part of the “chain” on the blockchain.

The exact identity of the buyers and sellers on the blockchain is kept private. Each buyer or seller has a public key, a special code that identifies them. They also have a private key that unlocks access to their digital wallet where they store their Bitcoin or other cryptocurrencies. Think of it like a super complex PIN code that cannot be easily hacked 🔐

The advantage of the Bitcoin blockchain is that any two people anywhere in the world can exchange Bitcoin tokens with each other without having to know or trust each other. The system verifies their ability to exchange the tokens and it then records the exchange publicly so that neither side can pull out.

The potential benefits of this are enormous: any two people could trade with each other with the confidence that they won’t be cheated by the other person. It could lead to a huge increase in direct “trade” between people boosting the global economy.

Philosophically, the strongest supporters of cryptocurrencies see them as a reaction against what they perceive as corrupt financial systems. Governments around the world have borrowed and spent money rather than investing in the future. Central banks have accommodated this “irresponsible” behavior by printing more fiat currency to buy government bonds and paper over the underlying weakness of the economy.  Cryptocurrency enthusiasts want to create a system which is immune to the meddling of politicians and central bankers. It’s a highly reactionary political philosophy.

Economically, blockchain, the technology underlying all cryptocurrencies promises great rewards. Since Adam Smith first wrote the Wealth of Nations in 1776, we’ve understood that trade between nations improves economic well being. Blockchain makes it theoretically possible for any two individuals anywhere in the world to trade with each other without needing to know each other or trust each other. Once a reality, this would help to unlock the full potential of mankind and bring great wealth and prosperity to the planet.

Despite the perceived benefits, blockchain and cryptocurrencies do face some challenges:

Ultimately, there are many problems to solve before cryptocurrencies and blockchains are able to unlock the potential benefits they offer. This hasn’t stopped a huge number of other cryptocurrencies from being created. Some claim to be faster than Bitcoin. Some have different ways of verifying the exchanges or transactions recorded on the blockchain.

Despite this, cryptocurrencies have proved popular, especially with younger generations. This is a new asset class that has made many people very rich very quickly. It’s an asset class that isn’t dominated by the traditional money managers who have pushed up the price of real estate, equities, and bonds over the last thirty years. Younger people feel they can understand it better than older generations.

What makes cryptocurrency prices go up and down? 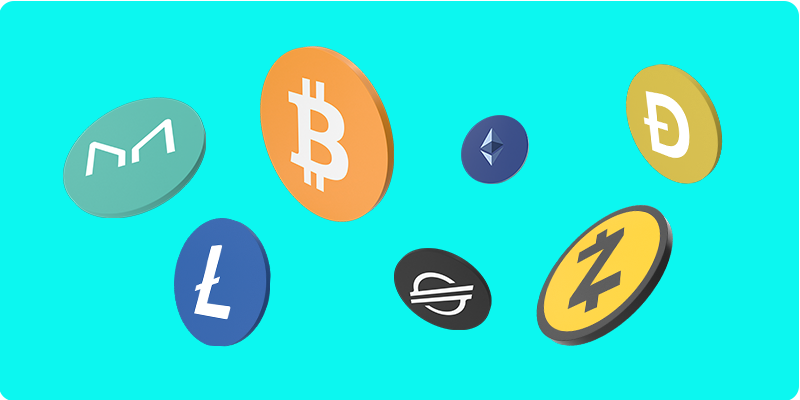 It’d be amazing if we could all use cryptocurrencies safely to trade with each other around the world, right? If that were to happen, the value and (therefore the price) of cryptocurrencies would rise. Like any other fiat currency, cryptocurrencies rely on their broad acceptance as a means of exchange in the new digital world, not on any intrinsic value like bonds or equities.

The main influence on the price of cryptocurrencies is the progress that we make towards that vision. Prices rise when people believe that cryptocurrencies are going to be widely adopted. They fall when prospects look more uncertain.

That confidence or uncertainty is determined by a number of variables:

Greater security of cryptocurrency wallets and transactions is good for crypto prices. Any time that security is shaken (like when a major store of cryptos is hacked and robbed) the price drops. This is because investors want to know that their investments will stay in their hands – not get stolen by hackers.

In the blockchain system, the people who verify the transactions and record them to the blockchain are called miners. They’re rewarded for their efforts with crypto tokens. The more expensive it is for miners to do their work – mainly electricity to power their computers – the more value they expect in return for their tokens.

A few retailers have started to accept cryptos in addition to US dollars and other fiat currencies. The more people who are happy to be paid in crypto, the more valuable it becomes as a form of money.

The flip side of liquidity is volatility: the amount by which the price moves up and down. If there are wild swings in price, cryptos become less useful as a means of exchange. They also become more dangerous as an investment, decreasing the number of investors seeking to buy this cryptocurrency. Ultimately, greater price volatility is bad for the price level of cryptocurrencies.

Regulators like central banks and security regulators want to prevent abuse of the financial system. They also want to prevent consumers from being defrauded by illegitimate crypto projects. Some regulators, like those in India and China, have banned the use of crypto altogether.

The more regulators restrict the use of cryptos, the more negative it is for prices. Once they become comfortable with the use of cryptos within the economy, we could expect to see cryptos appreciate in price. 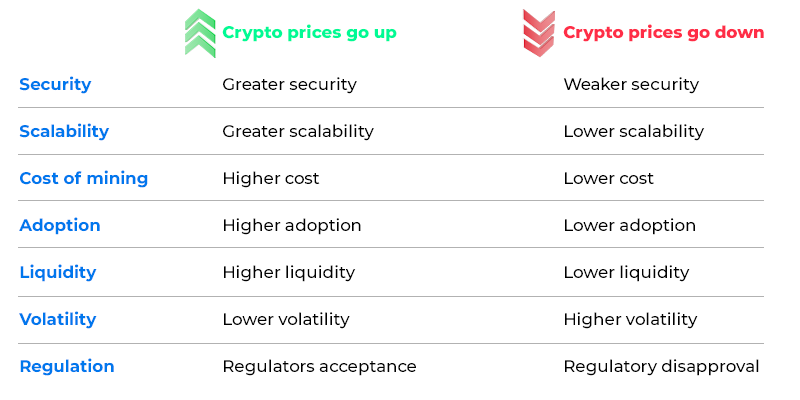 The best way to follow the cryptocurrency market is to use an index like the Invstr Crypto Index – it makes it a lot easier to understand what’s happening in the crypto world.

Tying It All Together

We’ve seen how the markets interconnect, from government to mainstream financial markets to cryptocurrencies. Below, we can see a diagram that shows how it all links together. 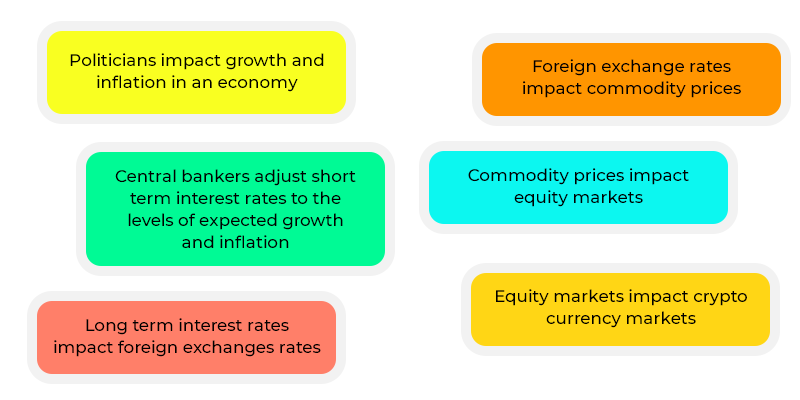