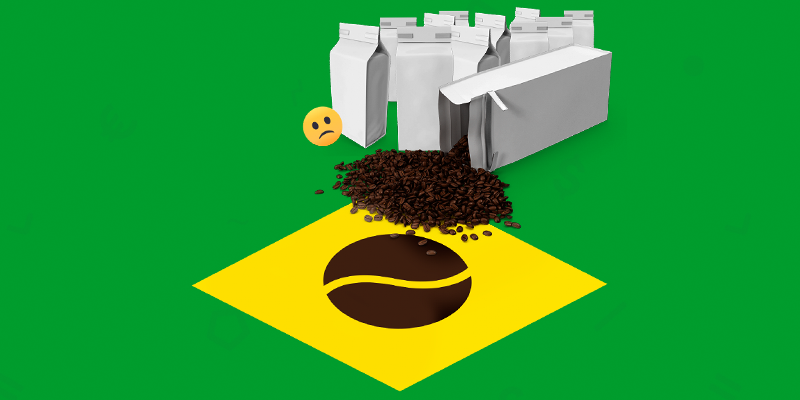 But its definitely not sharing any of them. After two years of record crops, coffee prices have been pushed so low that farmers are refusing to sell their beans in hopes of a miracle price appreciation.

Recent reports that Brazil is headed towards yet another bumper harvest season sent arabica futures plummeting to their lowest levels in 13 years. So far, the farmers’ strategy has been to hoard their beans in the hopes that a supply shortage might support prices to a point where it becomes more profitable to return to the market.

This move, however, may be doing more harm than good. While the shortage has helped boost domestic prices, it has also made one Brazil’s primary exports less competitive in the international markets and easily substitutable for locally sourced beans. Yikes, don’t shoot yourselves in the foot here guys!

Brazilian coffee exports dropped roughly 20% in the month of March alone, and a number of prominent hedge funds have wagered on further declines in both the futures price and Brazilian exports throughout May.