Bitcoin bulls pile back in

Investors in the cryptocurrency space should be keeping their eyes on the price of Bitcoin today as it begins to march back upward.

Yesterday we saw the crypto push comfortably through $11,100, a rise which hasn’t been seen since January. Bitcoin has managed to recover 88 per cent from its $6000 low, seen on February 6th. Some have attributed the big move up to the fact that Venezuela announced a pre-sale of its “petro” cryptocurrency, which is backed by oil, gas, gold and diamond reserves.

Though Venezeula is in dire straits economically, the country’s crypto regulator said it would gather investments from Qatar, Turkey and other countries in the Middle East, as well as Europe and America, despite the latter having placed tough sanctions on top officials within the regime of Venezuela’s leader, Nicolas Maduro.

Elsewhere, the Bank of England Governor Mark Carney took a swipe at Bitcoin yesterday, saying it had failed in its ambition to be a legitimate currency. In a talk to students at London’s Regent’s University, Carney said: “It has pretty much failed thus far on the traditional aspects of money. It is not a store of value because it is all over the map. Nobody uses it as a medium of exchange.”

Arguably he’s correct in the sense that the ‘store of value’ narrative pushed by Bitcoin’s most ardent supporters is flimsy. Bitcoin’s incredible volatility still leaves investors liable to massive losses in rapid time, and with the rise of alternative digital currencies like Litecoin and Ethereum, the king crypto has somewhat lost its shine, and while Bitcoin can be used to buy things, its price swings mean few retailers accept it. In this way the popularity of the asset class as an investment as opposed to a way to make purchases has arguably undermined its real-world use.

For now though, words from naysayers may once again fall on deaf ears. The bulls are on top of the bears in the marketplace.

Related: Trading firms are milking the cryptocurrency boom – but for how long? 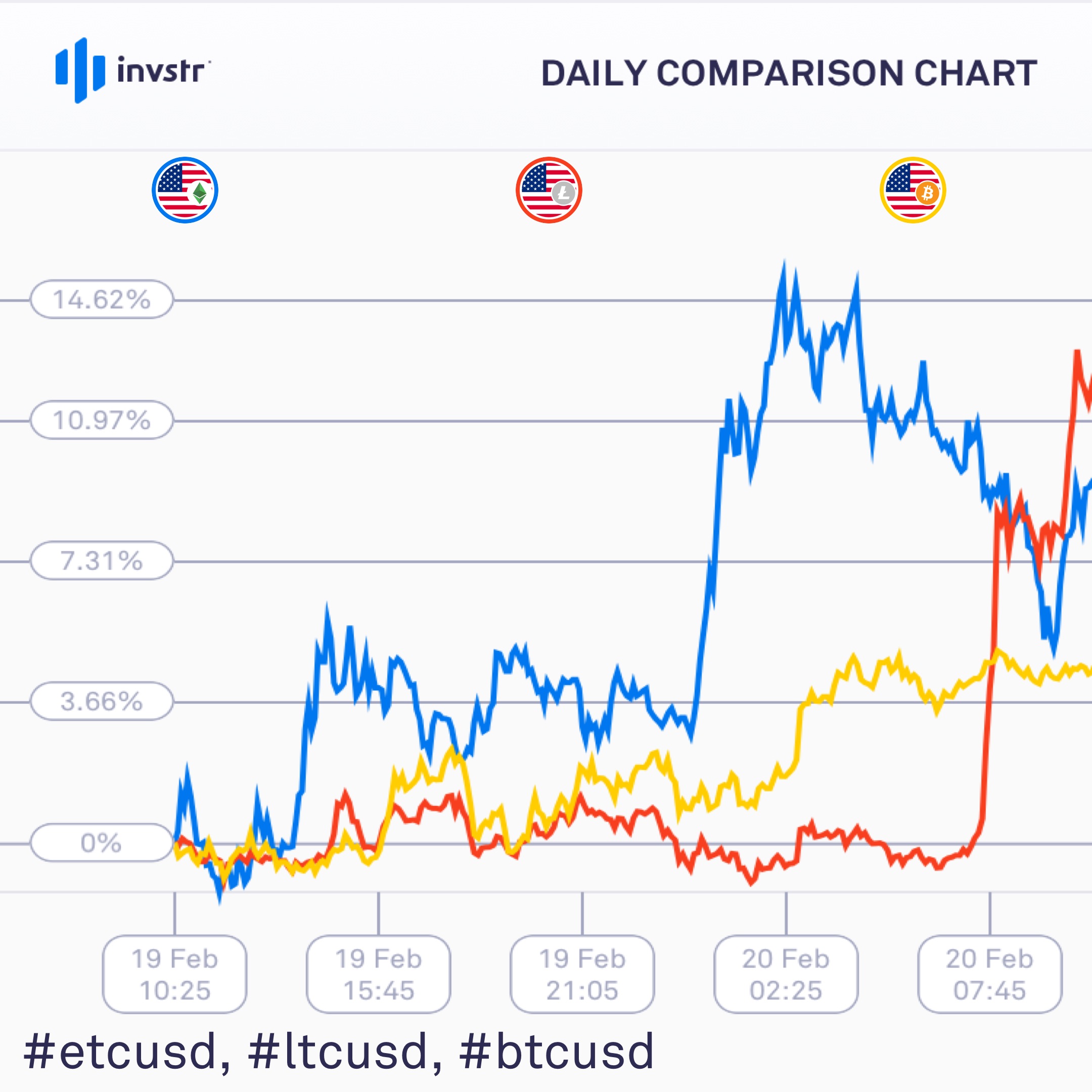 Ethereum Classic, Litecoin and Bitcoin rise in tandem with the U.S. Dollar Tuesday