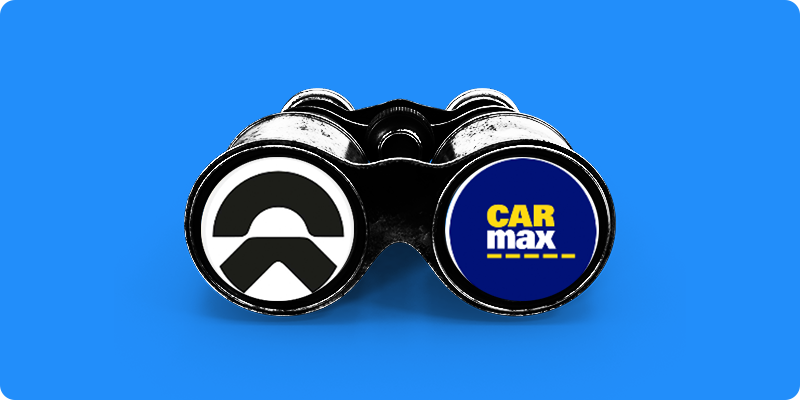 Shares of the Chinese electric vehicle maker rose after the company reported positive first-quarter sales. The company said it delivered 20,060 electric cars in March, more than the 19,500 car sales the company forecast in late March.

In late March, NIO reduced guidance for first-quarter sales after the company halted production due to the global semiconductor shortage.

Compared to the previous year, production will improve in 2020, and the company will continue to aim for profitability.  The company unveiled its latest ET7 luxury sedan in January, which will be the company’s first sedan —  it will have a range of around 621 miles. That’s more than the range of Tesla’s Model S, which has a maximum range of 402 miles.

The company said it expects to manufacture its 100,000th vehicle on April 7.

Shares of NIO have fallen over 18% this year.

On Thursday, shares of CarMax tanked, closing down 7.05%.

Shares of America’s largest used-car retailer fell after the company reported a decline in fourth-quarter earnings.

CarMax launched its online instant valuation offer on carmax.com during the fiscal fourth quarter, positioning the firm to become the largest online buyer of used cars from consumers.

Shares of CarMax have risen over 30% this year.